Researchers from the US Geological Survey (USGS) have spotted eight sites on Mars where thick deposits of ice beneath the surface of the planet are exposed at steep slopes. Shown is a cross-section of underground ice is exposed at the steep slope that appears bright blue in this enhanced-color view from the HiRISE camera on NASA's Mars Reconnaissance Orbiter

With slopes as steep as 55°, the eight scarps are expected to unveil new data on the internal layered structure of previously found underground ice sheets in Mars’ middle latitudes, as well as the planet’s climate history.

The discovery was made using the University of Arizona-led HiRISE camera aboard Nasa’s Mars Reconnaissance Orbiter (MRO).

“What we’ve seen here are cross-sections through the ice that give us a 3D view with more detail than ever before.”

HiRISE also revealed that the newly found sites are situated in both the northern and southern hemispheres of Mars and equivalent to Scotland or the tip of South America in size.

Believed to have amassed as snow long ago, the deposits are exposed in cross-sections as relatively pure water ice and could provide a source of drinking water for future astronauts visiting Mars.

USGS Arizona Astrogeology Science Center researcher and lead author of the research Colin Dundas said: “There is shallow ground ice under roughly a third of the Martian surface, which records the recent history of Mars.

“What we’ve seen here are cross-sections through the ice that give us a 3D view with more detail than ever before.”

Findings of the latest research have also suggested that the eight new sites could offer a direct access to ice at latitudes with less hostile conditions than those at Mars’ polar ice caps. 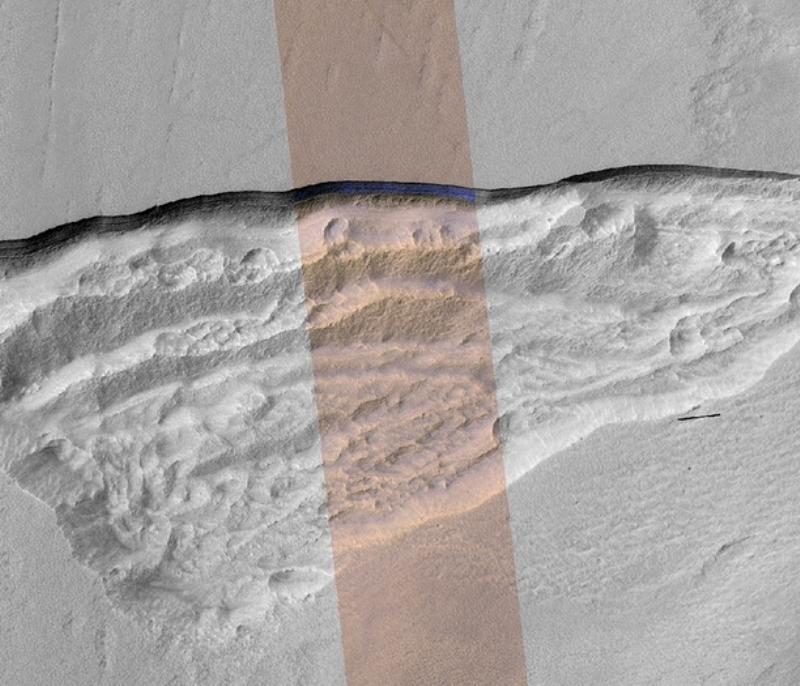