Nasa is set to send a helicopter to Mars as part of the agency’s next rover mission known as Mars 2020.

The ‘Mars Helicopter’ is a small, autonomous rotorcraft expected to show the viability and potential of flying heavier-than-air vehicles on Mars.

Developed at Nasa’s Jet Propulsion Laboratory (JPL) over four years, the helicopter will be used to demonstrate that big things can come in small packages.

The 1.8kg Mars Helicopter features fuselage that is about the same size as a softball.

The helicopter is also equipped with a pair of counter-rotating blades that will cut into the thin Martian atmosphere at almost 3,000rpm. 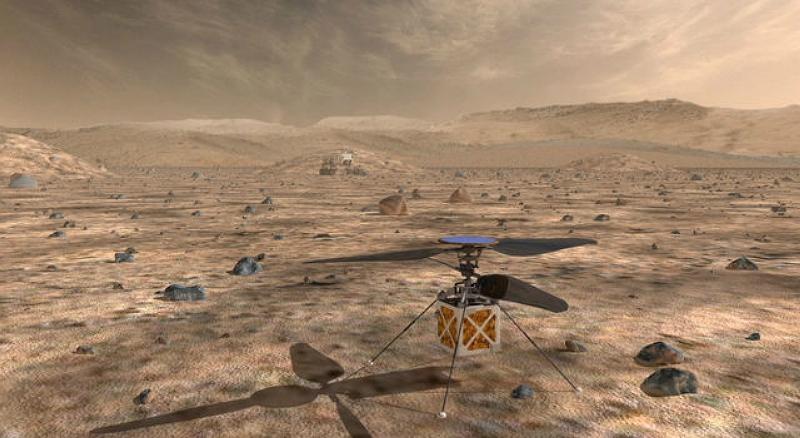