NASA has selected a science instrument for an upcoming Japan-led sample return mission to the moons of Mars planned for launch in 2024. The instrument, a sophisticated neutron and gamma-ray spectrograph, will help scientists resolve one of the most enduring mysteries of the Red Planet -- when and how the small moons formed.

The Mars Moons eXploration (MMX) mission is in development by the Japan Aerospace Exploration Agency (JAXA). MMX will visit the two Martian moons, Phobos and Deimos, land on the surface of Phobos, and collect a surface sample. Plans are for the sample to be returned to Earth in 2029. NASA is supporting the development of one of the spacecraft’s suite of seven science instruments.

“Solving the riddle of how Mars’ moons came to be will help us better understand how planets formed around our Sun and, in turn, around other stars,” said Thomas Zurbuchen, associate administrator for NASA’s Science Mission Directorate (SMD) at Headquarters in Washington. “International partnerships like this provide high-quality science with high- impact return.”

The selected instrument, named MEGANE (pronounced meh-gah-nay, meaning “eyeglasses” in Japanese), will be developed by a team led by David Lawrence of the Johns Hopkins University Applied Physics Laboratory in Laurel, Maryland. MEGANE will give MMX the ability to “see” the elemental composition of Phobos, by measuring the energies of neutrons and gamma-rays emitted from the small moon. The elementary particles are emitted naturally as a result of the high-energy cosmic rays and solar energetic particles that continually strike and penetrate the surface of Phobos. 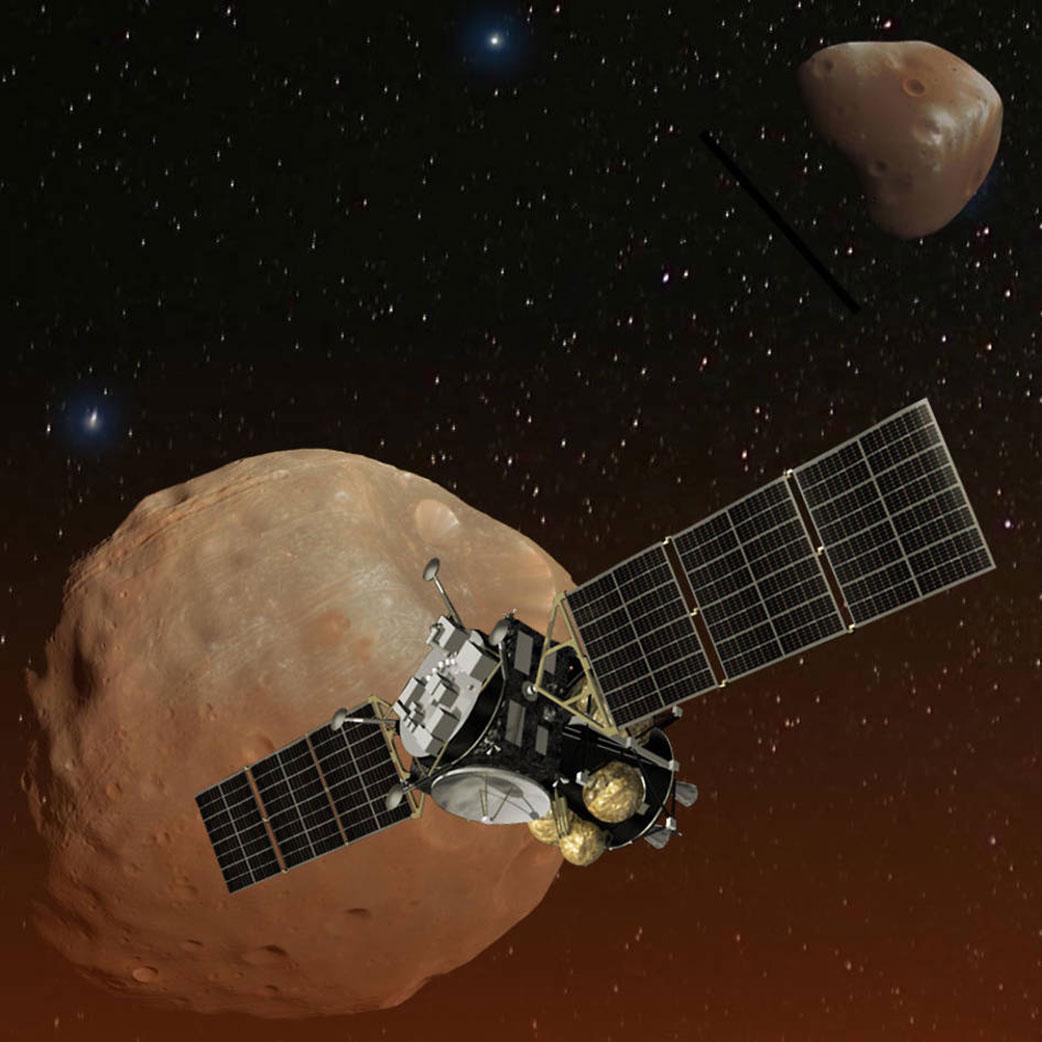